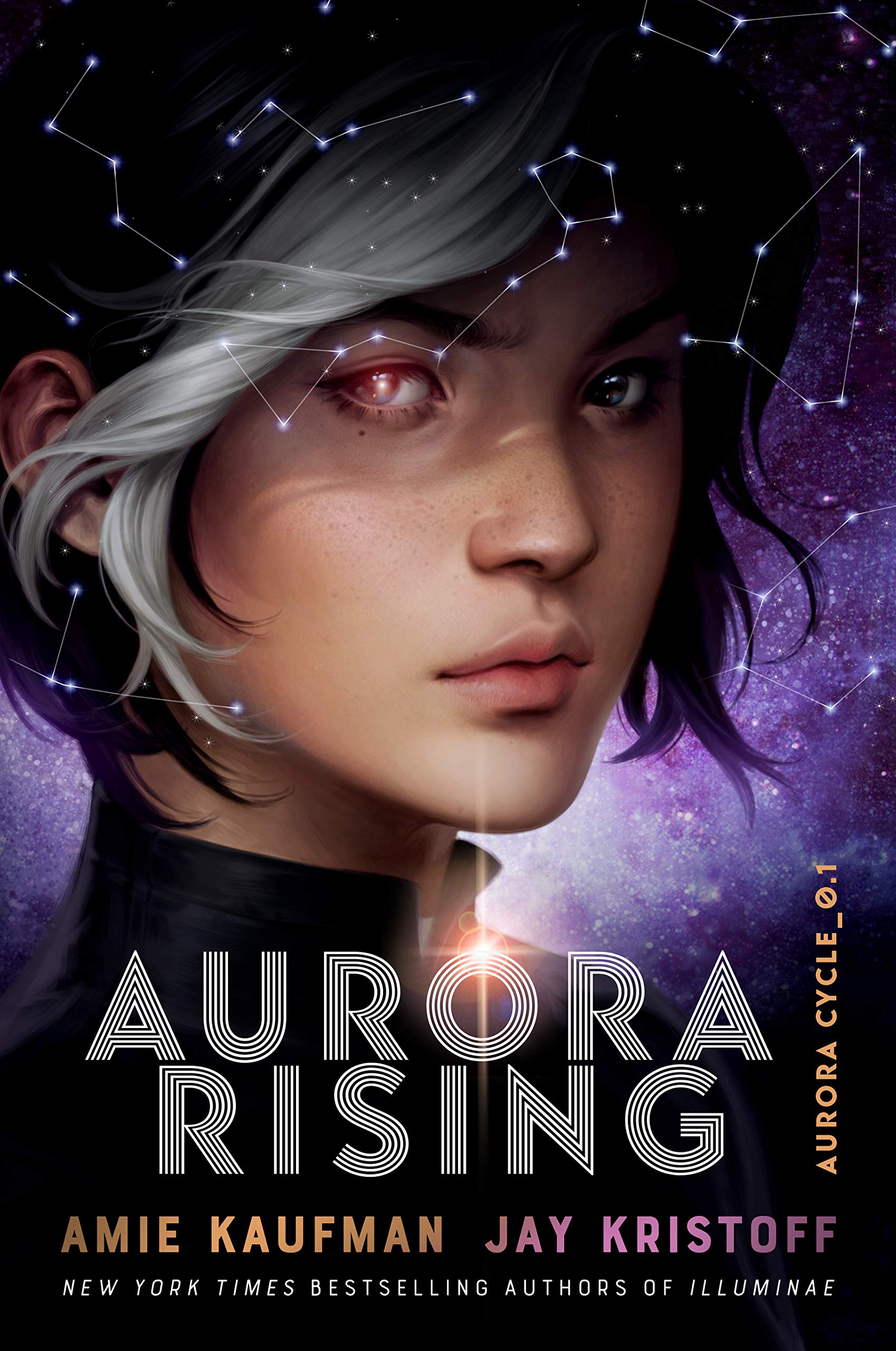 The year is 2380, and the graduating cadets of Aurora Academy are being assigned their first missions. Star pupil Tyler Jones is ready to recruit the squad of his dreams, but his own boneheaded heroism sees him stuck with the dregs nobody else in the Academy would touch…
A cocky diplomat with a black belt in sarcasm
A sociopath scientist with a fondness for shooting her bunkmates
A smart-ass techwiz with the galaxy’s biggest chip on his shoulder
An alien warrior with anger management issues
A tomboy pilot who’s totally not into him, in case you were wondering
And Ty’s squad isn’t even his biggest problem – that’d be Aurora Jie-Lin O’Malley, the girl he’s just rescued from interdimensional space. Trapped in cryo-sleep for two centuries, Auri is a girl out of time and out of her depth. But she could be the catalyst that starts a war millions of years in the making, and Tyler’s squad of losers, discipline-cases and misfits might just be the last hope for the entire galaxy.

Aurora Rising has to be one of the most anticipated books of the year, every time a company announced a special edition of this book they sold out within minutes. All over the book community everyone has been hyping and praising this book and saying how it’s another amazing book from the dream team of Amie Kaufman and Jay Kristoff. Luckily I was a sent a copy of Aurora Rising and I couldn’t of been happier that I was able to experience this amazing adventure before the hype took over.

Before going into this book I was a little worried that it would be very similar to The Illuminae Files but I am so happy that the authors have managed to keep the suspense and epic story telling from the previous series but have made Aurora Rising a bad ass sci-fi read that sets itself apart from other series. It has the same edge of your seat tension like the other series and everything that you come to expect from an awesome book from this dream team of authors.

Both Amie Kaufman and Jay Kristoff have managed to create a group of characters that have that both original but also very relatable. I loved that every chapter was told from the perspective of a different character because it meant that we had the chance to get to know the characters more than we would have if it was just told from one characters POV. The squad as a whole worked really well together and even though at times there was augments, tensions and romance the squad worked well on paper and I really enjoyed reading about them and their adventures.

Aurora Rising is the perfect read for all readers who love an epic sci-fi read that will take you on such an adventure it will feel like you’ve read a book three times the size. I absolutely loved this book from start to finish and thought it even knocked The Illuminae Files from the top spot. I cant wait to see what else is in store for the rest of the series but if its anything like this book then I know we are in for one hell of a ride.