For October I have decided to get some of the books I’ve been sent for review read, and have thrown in a couple of spooky books to read over Halloween. I think I have been a little adventurous with my TBR and decided to choose some books that I wouldn’t normally read but I also may have bitten off a bit too much because some of the books are a little big, hopefully I will find the time to get them all read.

The Outsider by Stephen King 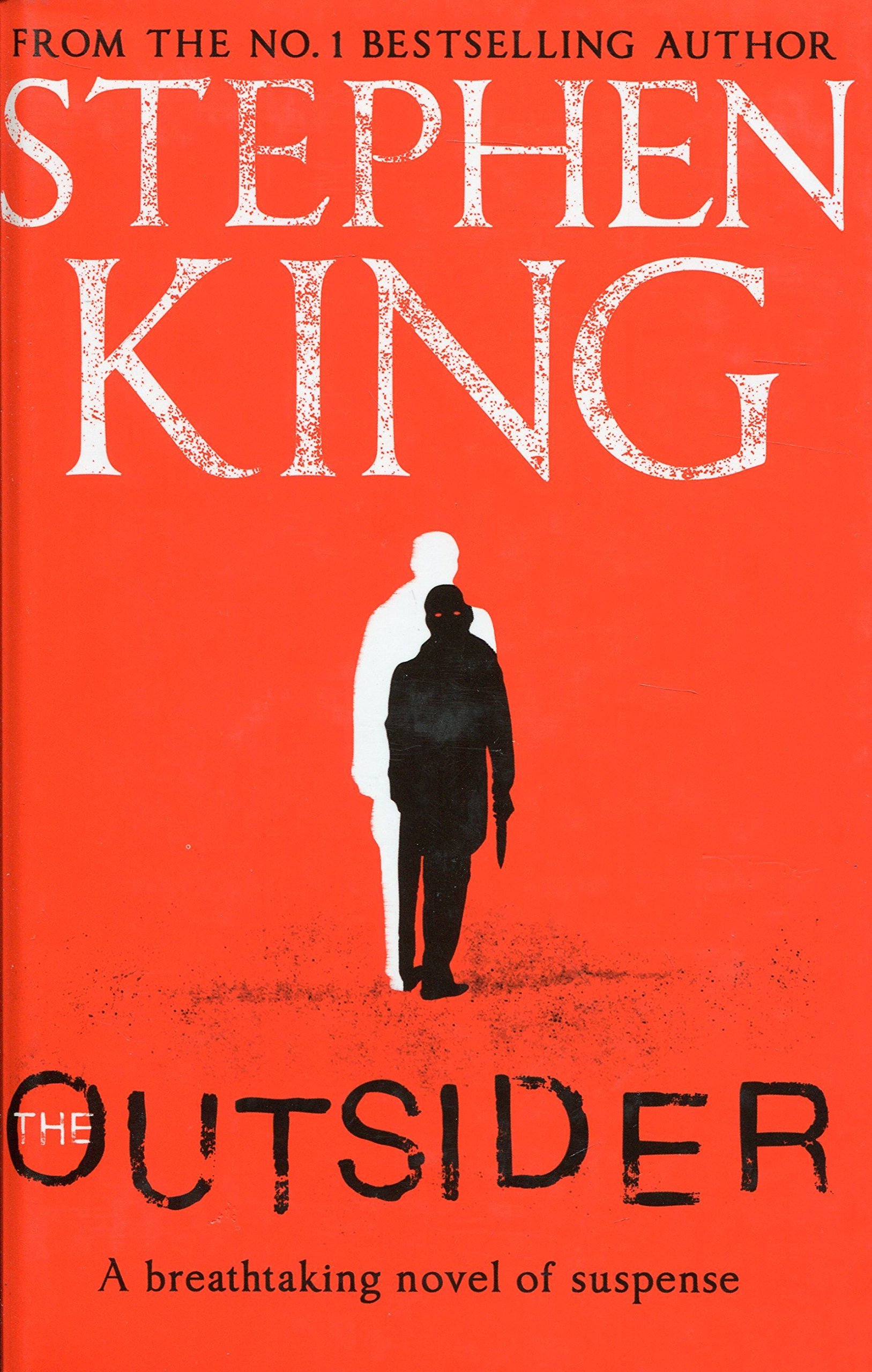 When an eleven-year-old boy is found murdered in a town park, reliable eyewitnesses undeniably point to the town’s popular Little League coach, Terry Maitland, as the culprit. DNA evidence and fingerprints confirm the crime was committed by this well-loved family man. Horrified by the brutal killing, Detective Ralph Anderson, whose own son was once coached by Maitland, orders the suspect to be arrested in a public spectacle. But Maitland has an alibi. And further research confirms he was indeed out of town that day. As Anderson and the District Attorney trace the clues, the investigation expands from Ohio to Texas. And as horrifying answers begin to emerge, so King’s propulsive story of almost unbearable suspense kicks into high gear. Terry Maitland seems like a nice guy but there is one rock-hard fact, as unassailable as gravity: a man cannot be in two places at the same time. Can he?

Its October so I have to have a Stephen King book on my TBR. I have had this one sitting on my self for a while now and while it might not be a horror story I am sure there will be some classic Stephen King moments. 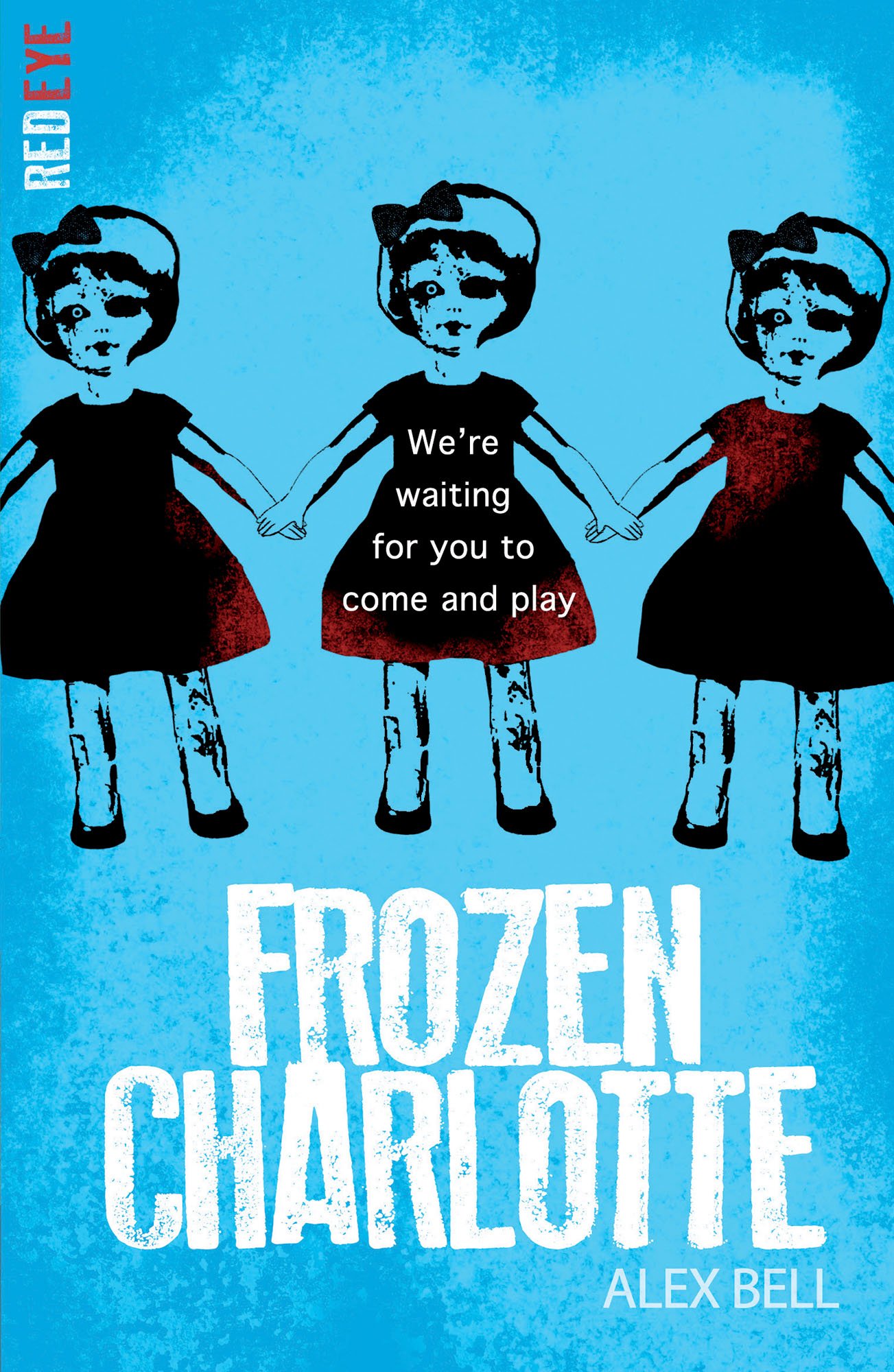 Dunvegan School for Girls has been closed for many years. Converted into a family home, the teachers and students are long gone. But they left something behind…Sophie arrives at the old schoolhouse to spend the summer with her cousins. Brooding Cameron with his scarred hand, strange Lillias with a fear of bones and Piper, who seems just a bit too good to be true. And then there’s her other cousin. The girl with a room full of antique dolls. The girl that shouldn’t be there. The girl that died.

This is another book that I want to read nearer to Halloween because the description sounds really spooky. I loved a good horror read and I think this one will be right up my street.

The Silent Companions by Laura Purcell 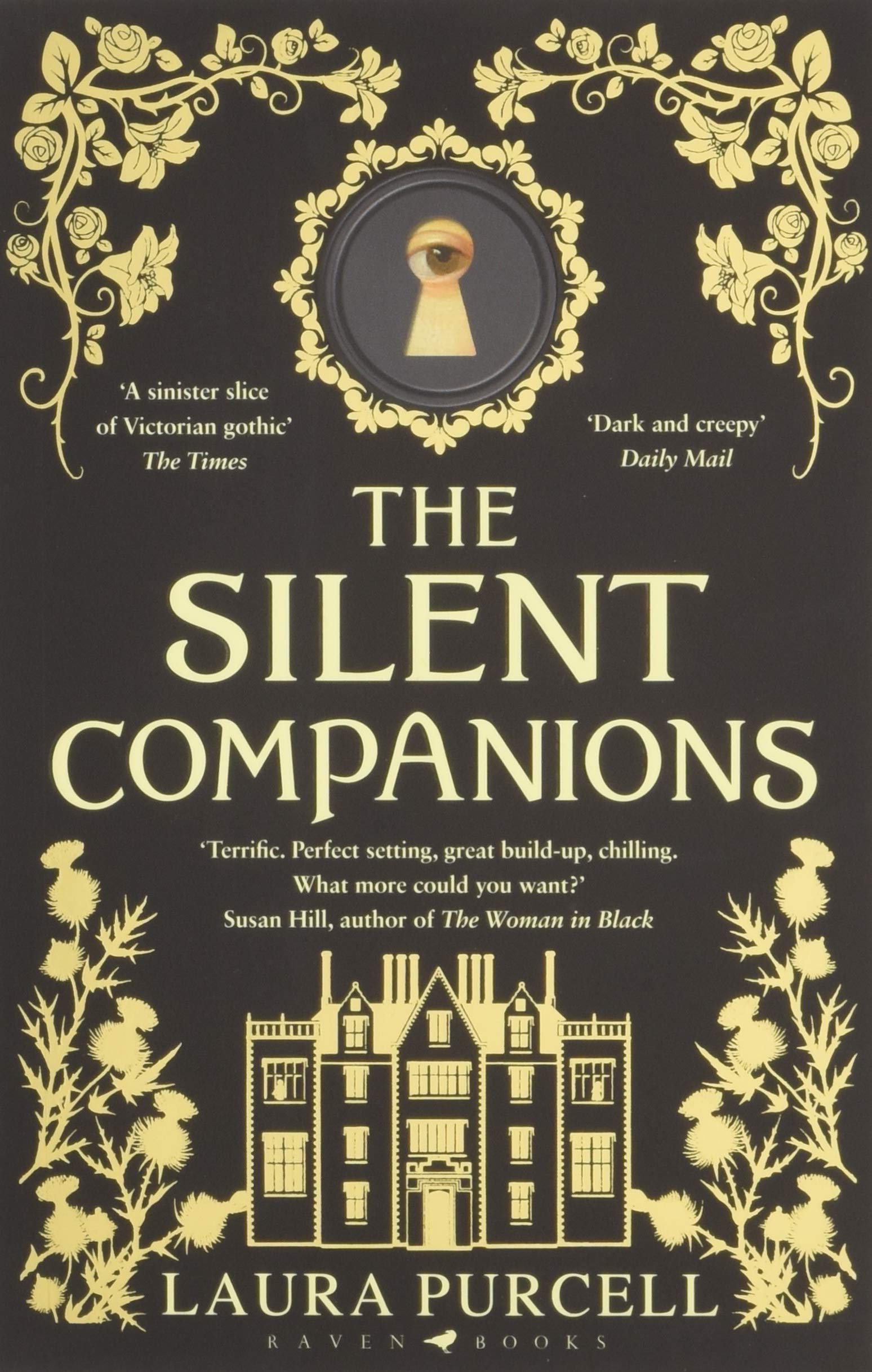 Some doors are locked for a reason…
Newly married, newly widowed Elsie is sent to see out her pregnancy at her late husband’s crumbling country estate, The Bridge.
With her new servants resentful and the local villagers actively hostile, Elsie only has her husband’s awkward cousin for company. Or so she thinks. For inside her new home lies a locked room, and beyond that door lies a two-hundred-year-old diary and a deeply unsettling painted wooden figure – a Silent Companion – that bears a striking resemblance to Elsie herself…

I have been hearing some really positives reviews about this book and I think its the perfect time of the year to finally dive into it. If the story is anything like the front cover then I am sure I will be in for a wonderful read.

Chord of Evil by Sarah Rayne 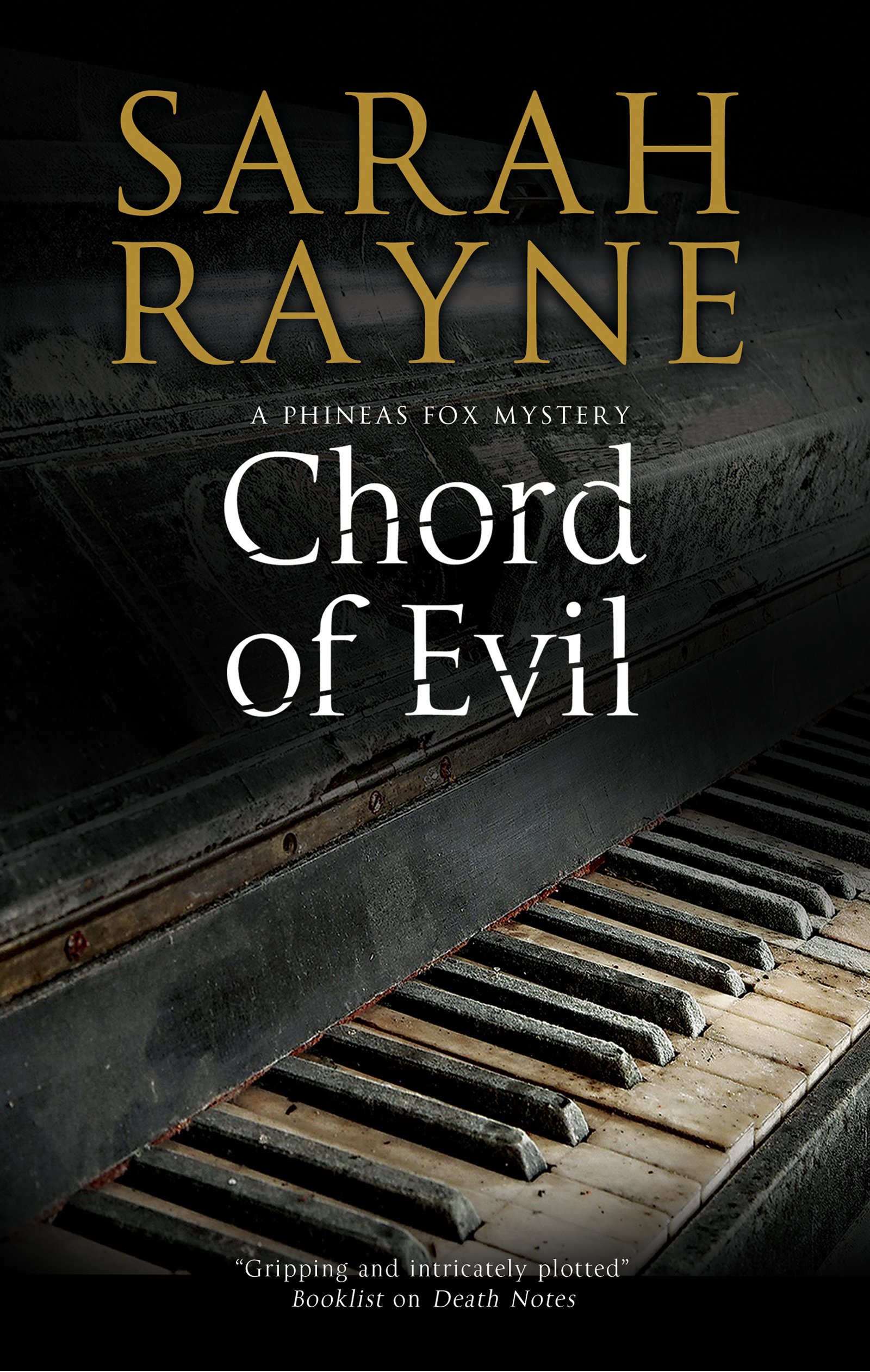 Phineas Fox finds it impossible to refuse when his sport-loving neighbour Toby begs for his help in finding out what’s happened to his cousin Arabella, who seems to have disappeared without trace. The only clue to her whereabouts is an obscure 1940s’ portrait left in her flat, a gift from her godfather, Stefan. The painting depicts the mysterious Christa Klein, Stefan’s sister – and an alleged murderess. Was Christa Klein really guilty of a monstrous crime? What exactly happened within brooding Wewelsburg Castle back in 1941? And what does it have to do with Arabella’s disappearance? As Phin delves further, he uncovers evidence of a lost piece of music and a devastating wartime secret: an atrocity whose repercussions reach to the present day.

I have read many Sarah Rayne books in the past and have really enjoyed them but this one I have yet to read, so again with it being October this is the perfect time to read this double time line story.

This Cruel Design by  Emily Suvada 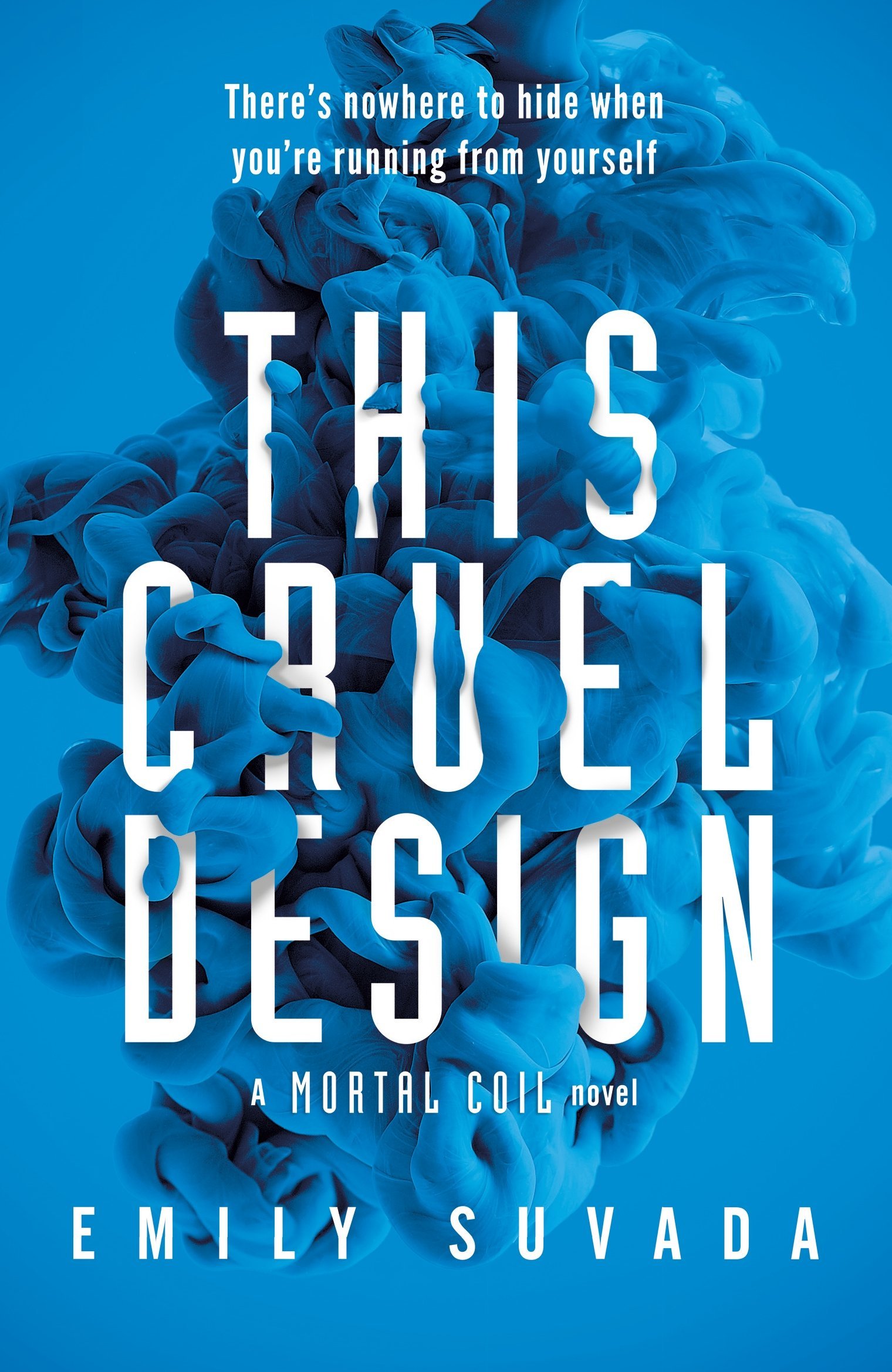 Catarina thought they’d stopped the Hydra virus. She was wrong. After laying everything on the line to decrypt the vaccine, Cat realises that Lachlan’s daemon code is in the panel of every person on the planet. With it, he can reprogram humanity. She, Cole and Leoben set out to stop him, but they’re on a timer. Cartaxus – the shadowy corporation that’s both helped and hindered them – has a deadly end game in play. The virus is evolving, the vaccine is dying, and if Cat can’t find Lachlan in three days, they’ll use lethal code to wipe out everyone. Their path takes them to Entropia, an underground city deep in the desert and home to the most extreme gene hackers, run by the queen of coding, Regina. Struggling with the revelations about her past, and plagued by strange visions, what Cat finds in Entropia is more than just a trail to Lachlan. Because in the vaulted chambers of Regina’s kingdom, Cat is forced to question everything she knows and everyone she trusts, and discovers that the biggest threat of all may be buried in her own mind.

I absolutely loved A Mortal Coil when I read it last year so when there was an opportunity to win a copy of this sequel, I quickly entered. I haven’t heard much about this book yet but if its anything like the first one then I am sure to enjoy it. 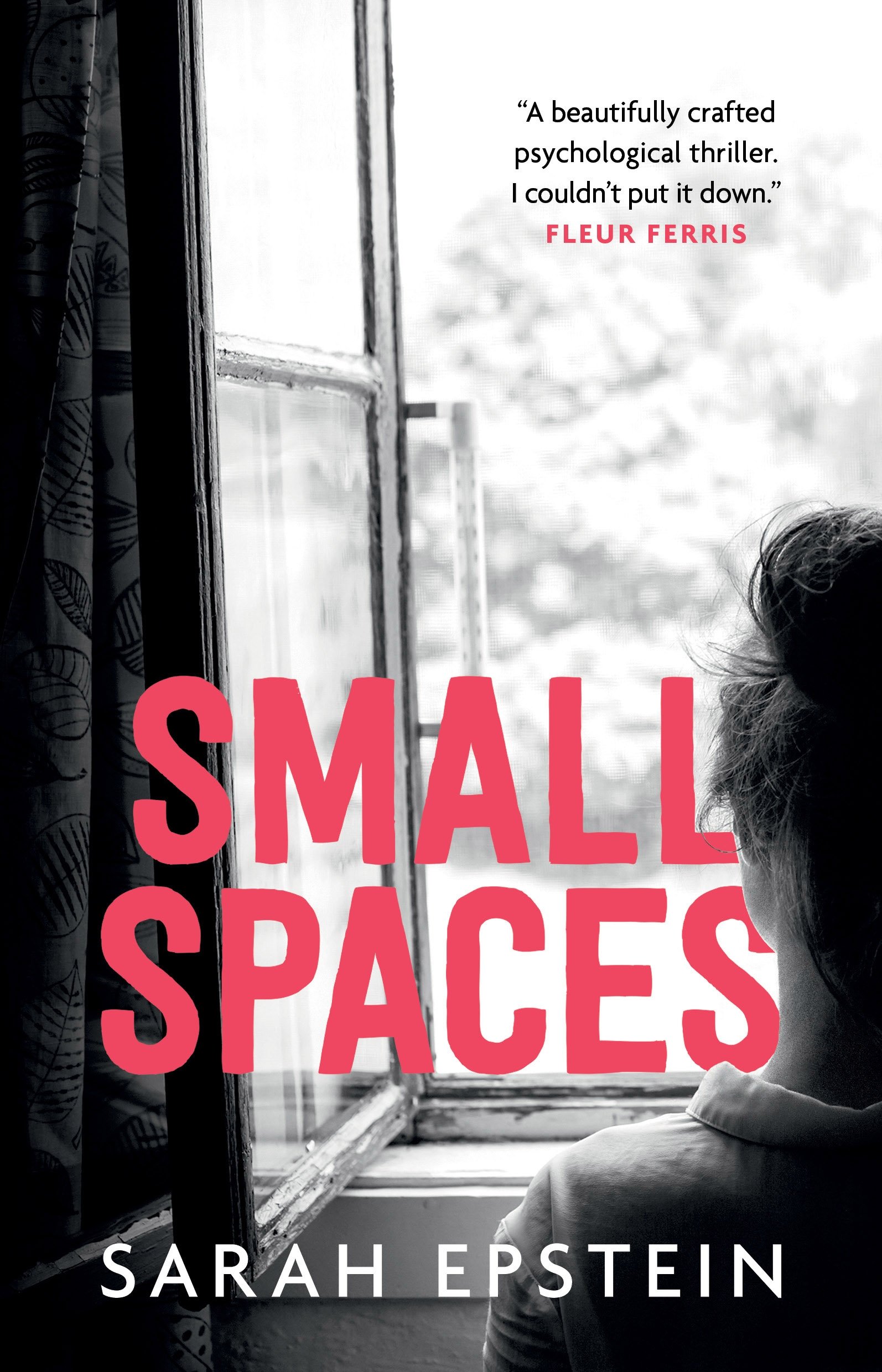 Tash Carmody has been traumatised since childhood, when she witnessed her gruesome imaginary friend Sparrow lure young Mallory Fisher away from a carnival. At the time nobody believed Tash, and she has since come to accept that Sparrow wasn’t real. Now fifteen and mute, Mallory’s never spoken about the week she went missing. As disturbing memories resurface, Tash starts to see Sparrow again. And she realises Mallory is the key to unlocking the truth about a dark secret connecting them. Does Sparrow exist after all? Or is Tash more dangerous to others than she thinks?

This is another book that I have been hearing some really positives reviews about and I am excited to read. It looks like it will be something completely different from what I normally read as well.

A Blade so Black by L. L. McKinney 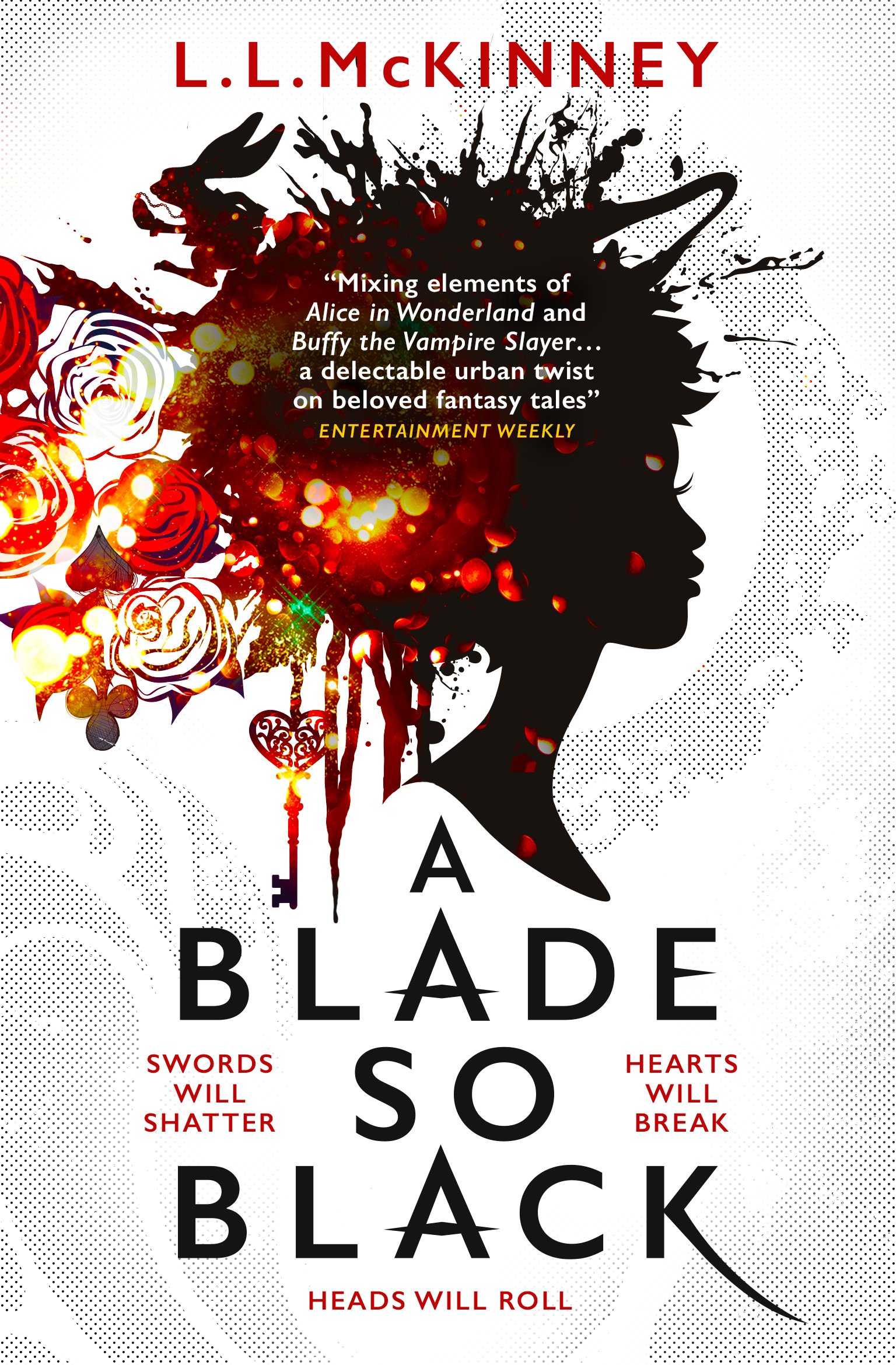 The first time the Nightmares came, it nearly cost Alice her life. Now she’s trained to battle monstrous creatures in the dark dream realm known as Wonderland with magic weapons and hardcore fighting skills. Yet even warriors have a curfew. Life in real-world Atlanta isn’t always so simple, as Alice juggles an overprotective mom, a high maintenance best friend, and school. Keeping the Nightmares at bay is turning into a full-time job. But when Alice s handsome and mysterious mentor is poisoned, she has to find the antidote by venturing deeper into Wonderland than she s ever gone before. And she ll need to use everything she’s learned in both worlds to keep from losing her head…literally.

I am really intrigued by this book, it sounds as if it’s going to be something completely original and something I will really like. I have heard a few things about this book and they have all been really positive.

The Caged Queen by Kristen Ciccarelli 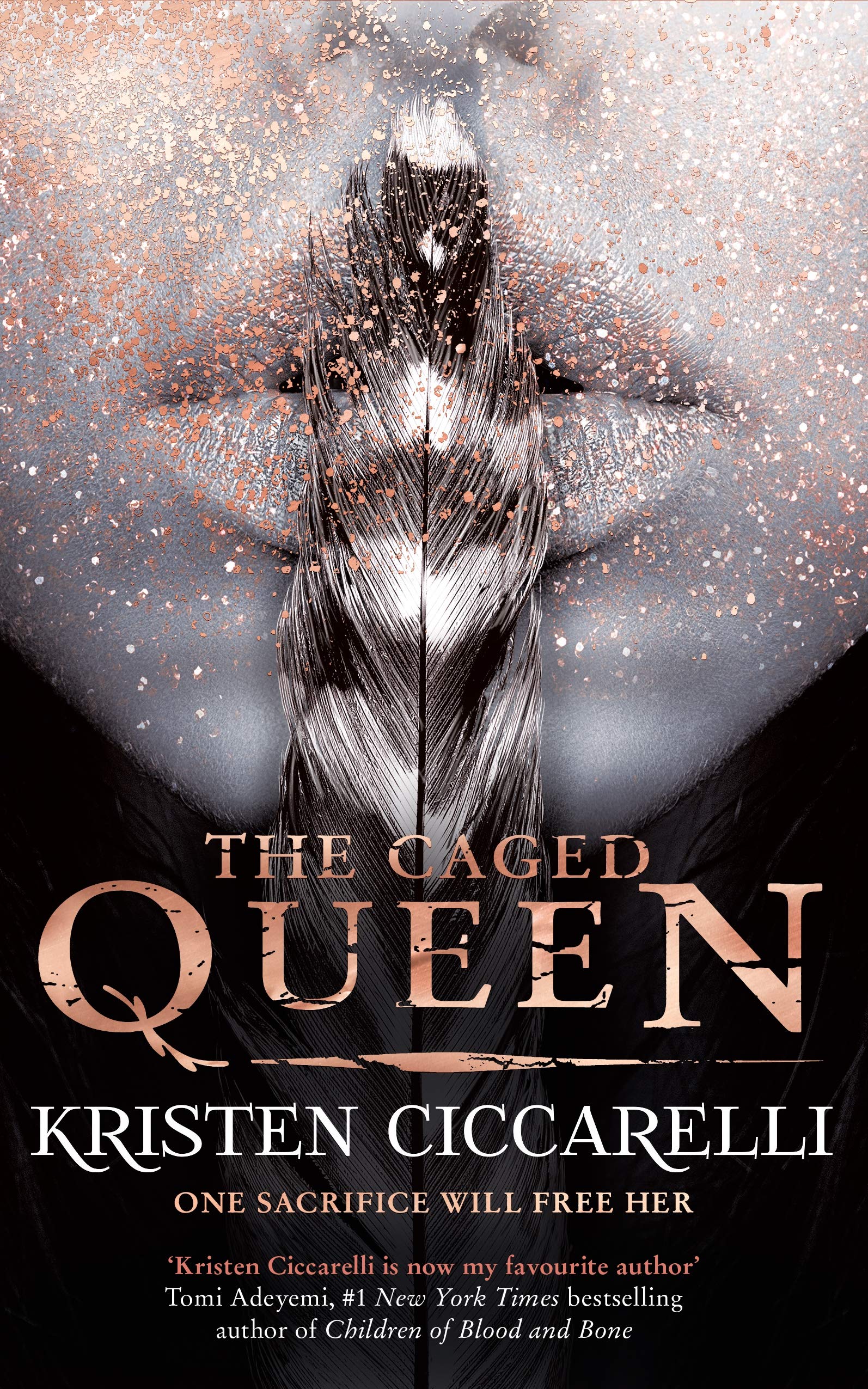 Roa and her sister Essie were born with a bond so strong that it forged them together forever. It was a magic they cherished – until the terrible day Essie died and her soul was trapped in this world. Dax, the heir to the throne of Firgaard, was responsible. Roa swore she would never forgive him – yet when he came begging for her help to dethrone his cruel father, Roa made him a deal. She’d give him the army he needed if he made her queen. Now she is royalty, but an outlander; far from home and married to her enemy. And even after everything she has sacrificed, Dax’s promises go unfulfilled. Roa’s people still suffer. Then a chance to right every wrong arises – an opportunity for Roa to rid herself of this enemy king and rescue her beloved sister. During the Relinquishing, when the spirits of the dead are said to return, Roa can reclaim her sister for good. All she has to do is kill the king. . .

When I read The last Namsara last year I immediately fell in love with the writing and the world so this book has been high on my anticipated reads of the year and I am so glad I managed to grab an early copy.

The Silent Patient by Alex Michaelides 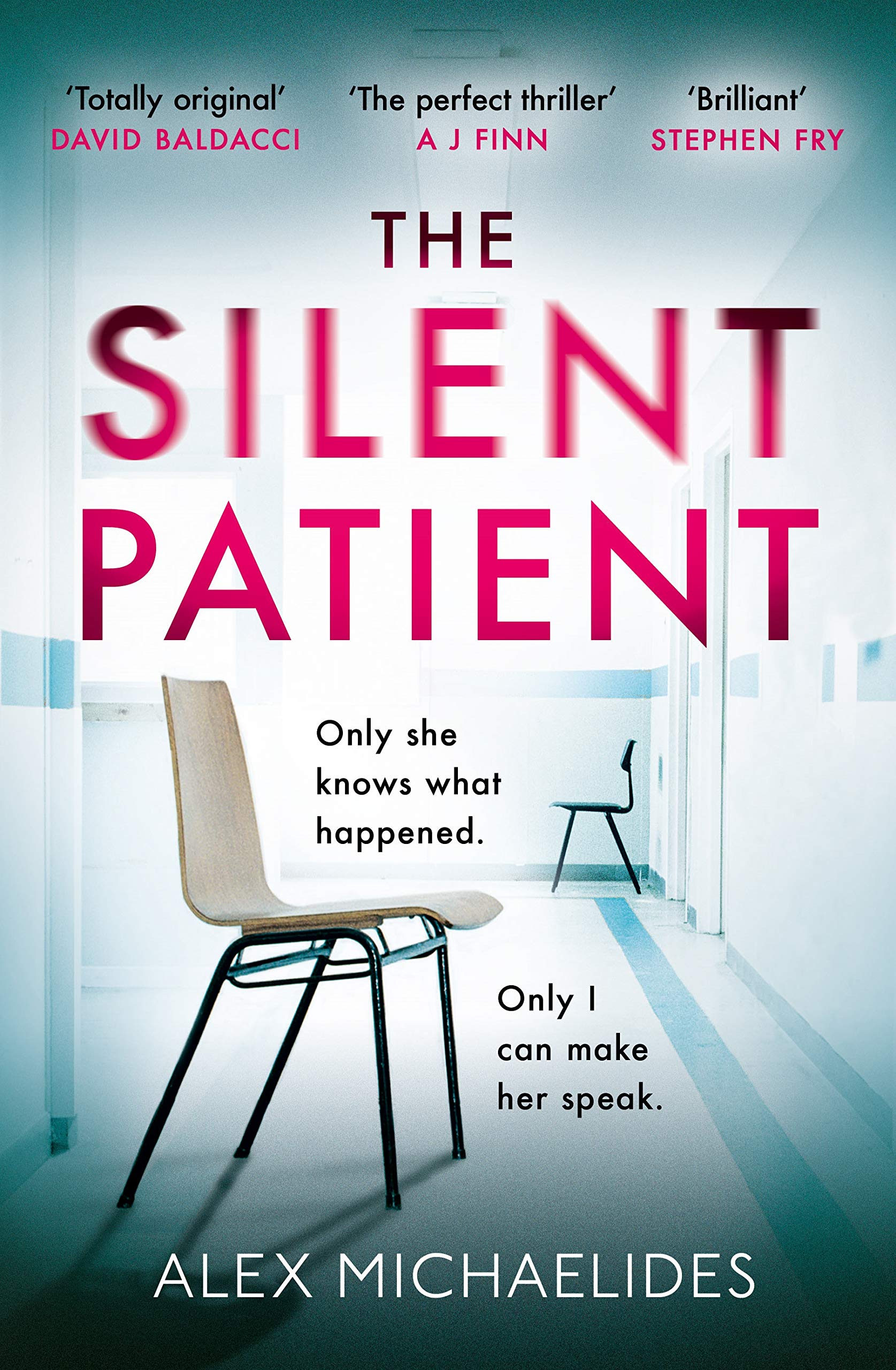 ALICIA
Alicia Berenson writes a diary as a release, an outlet – and to prove to her beloved husband that everything is fine. She can’t bear the thought of worrying Gabriel, or causing him pain. Until, late one evening, Alicia shoots Gabriel five times and then never speaks another word.

THEO
Forensic psychotherapist Theo Faber is convinced he can successfully treat Alicia, where all others have failed. Obsessed with investigating her crime, his discoveries suggest Alicia’s silence goes far deeper than he first thought. And if she speaks, would he want to hear the truth?

The hype for this book is amazing and the book isn’t even released until next year but I am so excited to see if all the hype is worth it. I love reading a good thriller story and I think this one will be amazing.