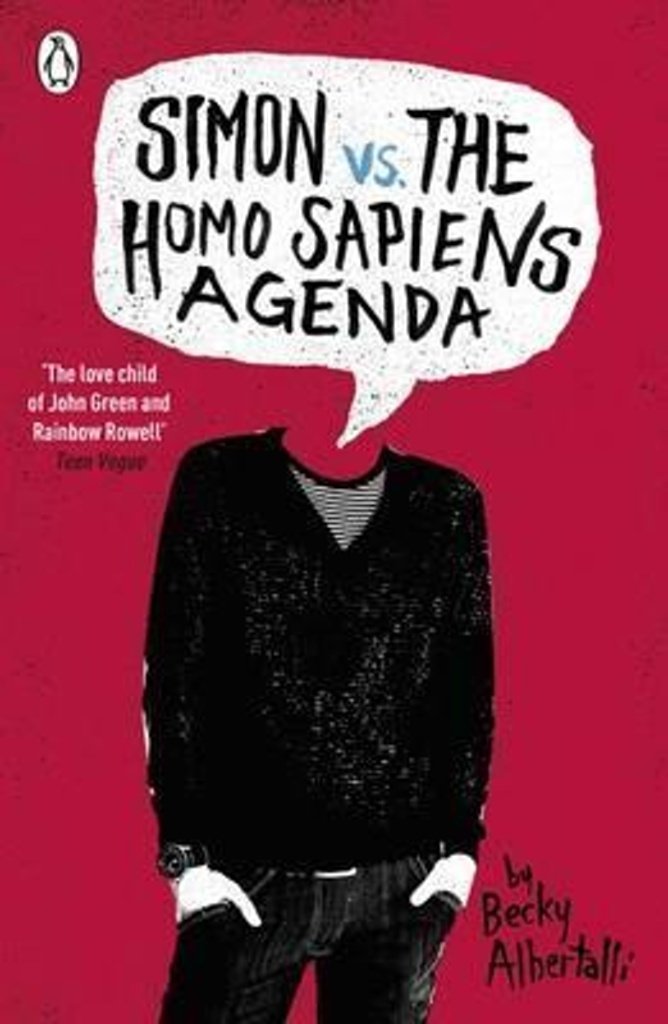 I am struggling to put down in words how much I adore this book. Simon vs. the Homo Sapiens Agenda is one of them books that from when I read it for the very first time I knew that it was going to be up there with my all time favourite reads. Its hard to describe how important this book was too me and how it still is important to me today, even after I have read it at least five times. Whatever I say will never do the book justice because I cant describe perfection.

From the very start Simon is a character that you quickly become engaged with and I found very relatable. He is very sincere and is someone that you would want in your group of friends. I know that throughout the story he does lie to his friends and uses them to keep his secret, but I can understand why he does this because Blue is a big and important part in his life and he wants to control when it becomes public. Simon isn’t the only stand out character from the book though because I found that Leigh, Nick and Abby all bought something to the story and without them the story just wouldn’t have felt right. The one person I understandable didn’t really like was Martian, whenever he showed up I just wanted to punch the book!

Simon vs. the Homo Sapiens Agenda doesn’t really have much plot it is more a character driven story which is one reason why I loved this book because it had the time to focus on the characters rather than a plot. The main question you are asking yourself throughout he story is who is Blue? and I am not going to spoil anyone and reveal who is Blue but I will say that I didn’t guess who it was, but I am glad it was him in the end. The story is told in-between emails sent from Simon and Blue and the more and more emails you read the more you fall in love with both of these characters. You see Simon open up more as a character and reveal more about himself to Blue than he does with his friends at school. I could of just read an entire book of emails between them both and I still think I would of ended up loving this book just as much.

Another reason why I loved this book so much was the writing, Becky Albertalli’s writing is so heart warming and touching that it brought me to tears quite a few times while reading it. Even after reading the book for the fifth time it still brings me to tears because she is able to write about Simon’s struggle with such raw emotion that its difficult not to feel anything. Also I found that she managed to capture the lives of Simon and the gang really well and it felt like they were real teenagers doing real things. Sometimes when you read YA books the teenagers don’t act like normal teenagers would, whether that would be the actives they do, or the way they speak.

If you are looking for a book that will make you feel all the emotions then I would wholeheartedly recommend reading Simon vs. the Homo Sapiens Agenda. As I said I have struggled to put down into words how much this book means to me, so even if this review hasn’t helped you out in deciding whether to pick this book up or not then please read other reviews or just buy the book because I really don’t think you will regret a single moment.

2 thoughts on “Simon vs. the Homo Sapiens Agenda by Becky Albertalli”