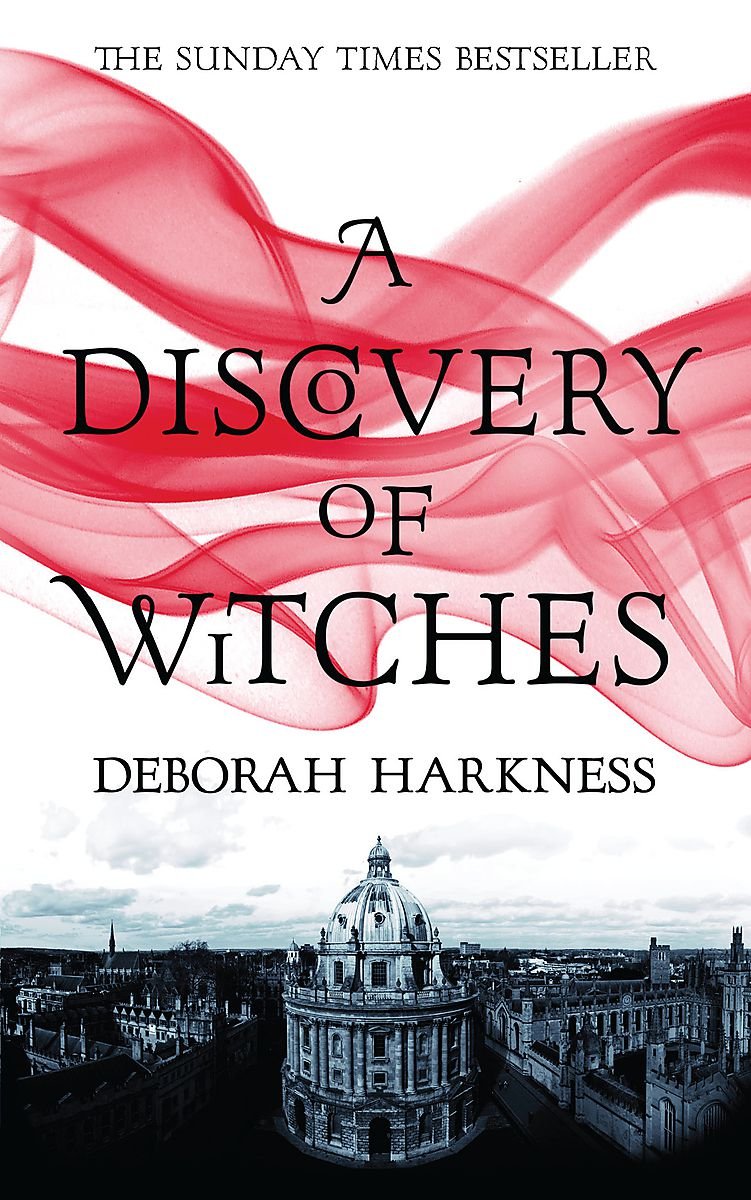 When historian Diana Bishop opens an alchemical manuscript in the Bodleian Library, it’s an unwelcome intrusion of magic into her carefully ordered life. Though Diana is a witch of impeccable lineage, the violent death of her parents while she was still a child convinced her that human fear is more potent than any witchcraft. Now Diana has unwittingly exposed herself to a world she’s kept at bay for years; one of powerful witches, creative, destructive daemons and long-lived vampires. Sensing the significance of Diana’s discovery, the creatures gather in Oxford, among them the enigmatic Matthew Clairmont, a vampire genticist. Diana is inexplicably drawn to Matthew and, in a shadowy world of half-truths and old enmities, ties herself to him without fully understanding the ancient line they are crossing. As they begin to unlock the secrets of the manuscript and their feelings for each other deepen, so the fragile balance of peace unravels…

I was so excited to start this series because I have heard nothing but positives reviews for both the series and the book. I also decided to start this book because I wanted to read it before the TV series starts. Now having read the book I can see what all the fuss is about. It has definitely made me much more interested in witchy reads, and I cannot wait to read more.

Diana is an intelligent, curious and determined woman, and I immediately loved her. She likes to spend her time in libraries and reading. when we first meet her I’m intrigued by her and her story. She develops more as the story progresses, and sometimes I don’t agree with some of the choices she makes, but on a whole I was behind her. When she meets Matthew, you can sense that something romantic will happen but it doesn’t feel forced, it felt natural and did feel real.

Even though the size of the book is on the large side, I didn’t find it intimidating when I started it. I have to admit that I did find the first half of the book more interesting than the second half, but still the book as a whole is an enjoyable read. I really liked the introductions of both Diana and Matthew, and I quickly warmed to both characters. I did take a couple of breaks while reading this book to read other books, but that was only because I didn’t want to finish it so quickly. I wanted to take in every last detail and enjoy it for longer. I loved that this book had a mix of supernatural beings in it, with witches, demons and vampires, as well as a great historical facts.

One of my favourite things about A Discovery of Witches is the way its written. It is so rich in detail, and story building that its hard not to fall in love with both the story and its characters while reading. I could imagine everything in my mind and see everything in great detail when I was reading this book, and it made the reading experience more much enjoyable. I loved the way Oxford was given a witchy twist, but still had all the recognisable landmarks that make Oxford.

I would recommend The Discovery of Witches to all fans of supernatural reads and for reads who want to read an adult witch book. You will not be disappointed, if anything you will be ordering the second and third book, just like I have. This is a very character driven book, but it also full of twists and turns, set in a interesting magical world.

4 thoughts on “The Discovery of Witches by Deborah Harkness”