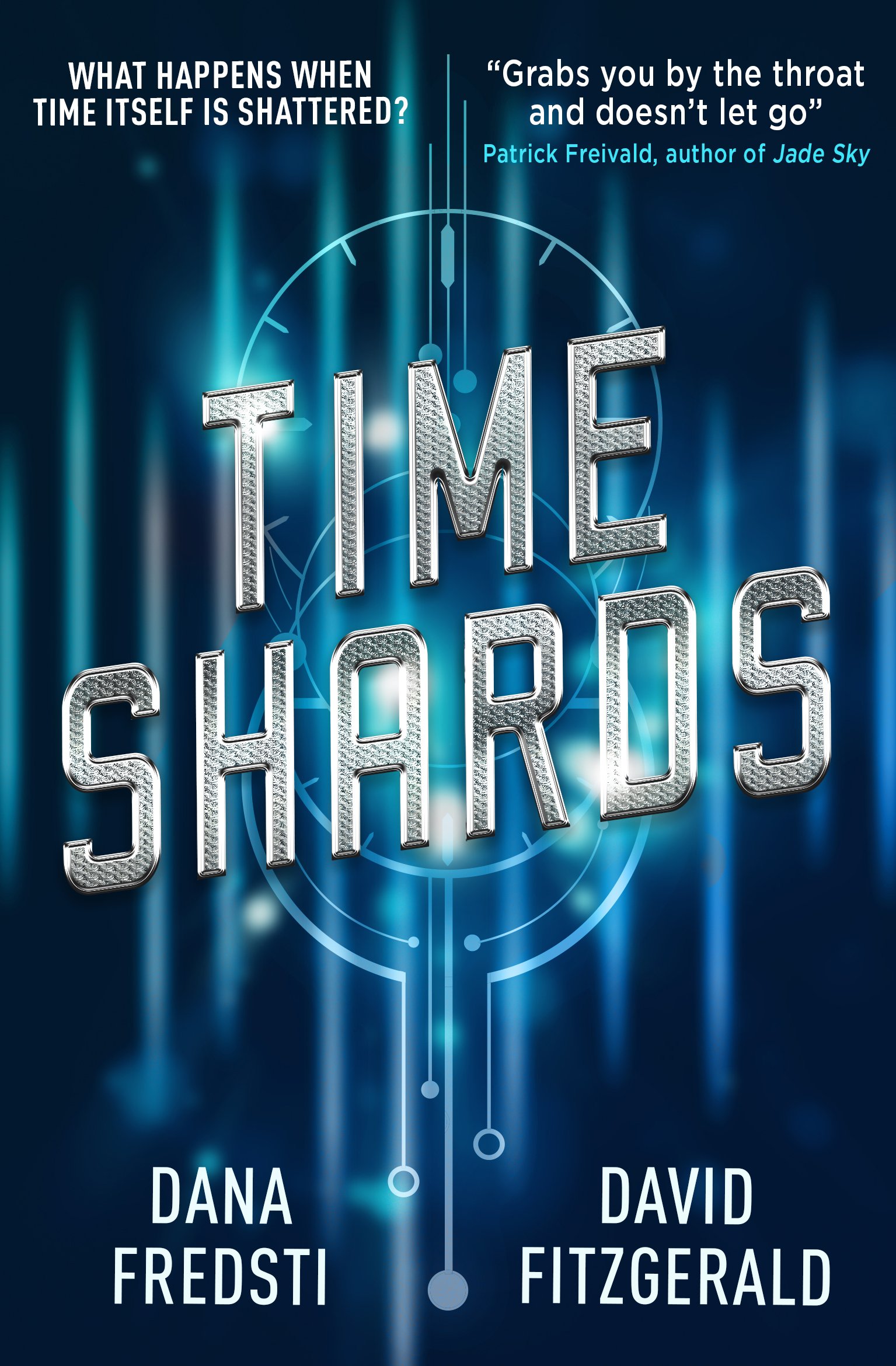 It’s called “the Event.” An unimaginable cataclysm in the 23rd century shatters 600 years of the Earth’s timeline into jumbled fragments. Our world is gone: instantly replaced by a new one made of shattered remnants of the past, present and future, all existing alongside one another in a nightmare patchwork of different time “shards”-some hundreds of miles long and others no more than a few feet across. San Diego native Amber Richardson is stranded on a tiny fragment of 21st century Britain surrounded by a Pleistocene wilderness. She crosses paths with Cam, a young warrior of a tribe from Roman Brittania, and together they struggle to survive-only to be imprisoned by Cromwellian soldiers. One of their captives is a man who Amber calls “Merlin, and who claims to be the 23rd century scientist responsible for the Event. Together they must escape and locate Merlin’s ship before the damage to the timeline is irreparable.

Just by reading the description for Time Shards you can tell its going to be one of them books that you will be full of adventure and action, and find it difficult to put down. Having now finished the book I can safely say that if you are looking for an action filled story that will have you gripped to the ever end, then look no further because Time Shards has everything you need.

I haven’t read many books that have been written by two authors, and I was a little wary that with having two authors that I would notice two different writing styles throughout the book. But I was wrong, the writing flowed perfectly throughout the book and the authors writing seemed to compliment each other really well. Both authors have a way of drawing all you attention in, and rewarding you with an epic story that will leave you on the edge of your seat. Both of the writers must of sat down and fully develop this story because everything is rich in detail and so well thought out.

I loved the originality of the story and how the plot unfolded. The synopsis reads like its an action film or a sci fi TV show instead of a book, and if I’m honest I was a little worried how the story would be work as a book. But I needn’t of worried because both the authors have managed to tell the story perfectly and was a joy to read. The details in each scene make it so easy to visualise everything that is happening, and it does feel like you are reading a blockbuster film. It did take me a little while before I got use to all the different characters and from what time period they were from, but once I learnt who everyone was, I found it difficult to put the book down.

The ending to Time Shards does end on a cliffhanger which would be okay if the next book had already been released, but because this book has only just come out, I think I have a long while to go before reading the next instalment. I don’t mind though because nearer the time I can give this another read and enjoy it all over again.

I would recommend this to all readers that love an epic action, adventure story with a sci fi twist. Time Shards is a fascinating read that is well developed, well thought out and very well written. I cannot wait to see what is next for our group of characters, but its its anything like this book, then it will be an awesome read.