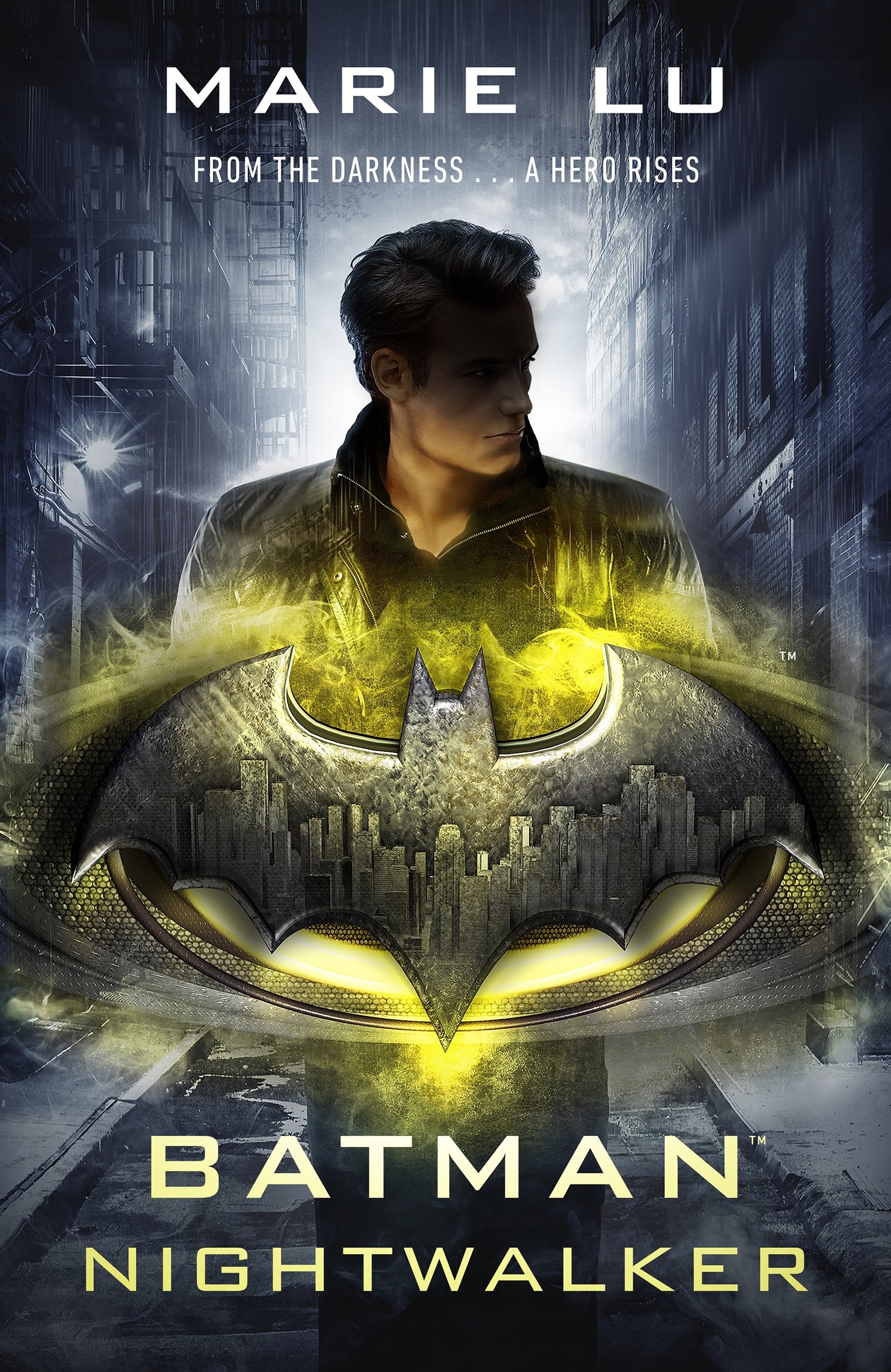 Returning home from his lavish eighteenth birthday party, Bruce Wayne stops a criminal’s getaway – disobeying the police and crashing his car during the chase.
Sentenced to community service in Gotham City’s Arkham Asylum, he encounters some of the the city’s most dangerous and mentally disturbed criminals. Among these, Bruce meets the intriguing Madeleine who has ties to the Nightwalker gang that is terrorizing Gotham City.
She’s a mystery Bruce has to unravel but can he trust her? The Nightwalkers target the rich, and Bruce’s name is next on their list.

Batman Nightwalker was one of the books that were on my anticipated reads of the year, because I love anything to do with Batman and I have never read a book about Batman or Bruce Wayne before. With this being the second book in the DC Icons series and the fact that I really enjoyed Wonder Woman Warbringer, I had very high hopes for this book. But I can safely say that even though this book is a little on the thin side, the story definitely packs a punch. I managed to read the entire book in just one sitting.

With this story more about Bruce Wayne rather than Batman, I found it to be very interesting and original. I thought that the story would be lacking something because Batman wouldn’t be in the plot, but for me he didn’t need to be because Bruce Wayne was a character you became instantly invested in as soon as you start reading. Madeline was also a very intriguing character and I could of read an entire book just about her. When both Madeline and Bruce were together I loved the way they interacted, it felt so genuine. Other characters like Alfred and Harvey Dent were also well thought out and not just added to the story as fillers.

When I picked up the book I was a little bit surprised at how thin the book was, and I was a little worried that the story would not be as flesh out as I had previously thought. But I am happy to report that I was completely wrong. Even though Batman Nightwalker is less than three hundred pages, it does not comprise the story or the character development. I found the story to be engaging and at times had me glued to each word while being on the edge of my seat. The action scenes left me breathless and by the end exhausted because it was that exciting to read. Yes I would of had more to read, but for me this was a self contained story that developed really well and was a joy to read.

This is the second Marie Lu book I have read and it has made me want to read more books by her in the very near future. I absolutely devoured Warcross when I read that late last year, and when I heard she would be writing a Batman story, I couldn’t wait to see what she would come up with. For me Marie Lu has a way of describing things that I would normally find confusing and making it really easy to understand. Part of the plot involves technology and where other authors would info dump for a few pages, Marie Lu weaves the information into the story so you are not overloaded with information all at once.

I would highly recommend this book for all fans of Batman/Bruce Wayne, DC comic fans, or for readers who want to read about superheroes in a book format instead of a comic. I found Batman Nightwalker to be thrilling, exciting, engaging and so full of action. If you are looking for a book that will not take long to read, but will give you the ride of your life reading it, then I would definitely recommend picking this book up.