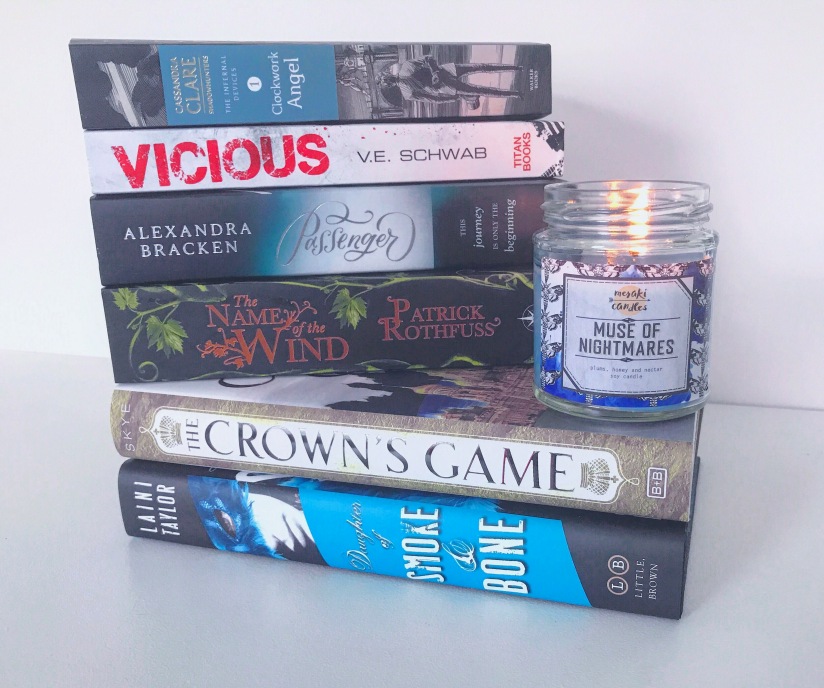 I have chosen six book series I want to at least start in 2017. I have decided on these six because I have heard so many amazing things about them. I hope I manage to read most, if not all these series in 2017. Some of these books have been on my bookshelf for a while now and I think its time to get them read.

The book series I have chosen are-

I have only read Strange the Dreamer by Laini Taylor and I immediately fell in love with her writing and world building. I have hard so many amazing things about this series also, so I have very high hopes for this series.

I have had this book sitting on my bookshelf for ages and I have no excuse for why I haven’t started it yet. But with the release of the second book soon I really want to start this series.

The Kingkiller Chronicles by Patrick Rothfuss

This is another series I have heard nothing but amazing things about and I am eager to start this series. The books are really chunky and I am sure I will get lost in the pages and into the world.

I love the concept of this series and I am sure I will love everything else about it as well. I have never read anything by Alexandra Bracken so I don’t know what to expect when I read this book.

The Infernal Devices by Cassandra Clare

What series do you plan on starting in 2017?

Have you read any of these book series?