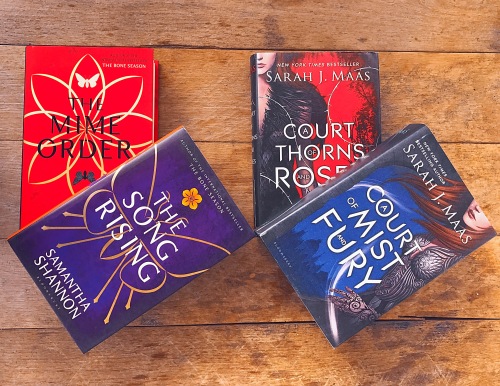 This month I have decided to do something a little different with my TBR. Instead of choosing all the books I plan on reading in the month of April, I will just chose a couple of books that I definitely want to read in the month. I have been finding myself  not sticking to the TBR’s I’ve been setting every month and I have felt constricted and pressured to read books even though I didn’t want to read them yet. I think because of this I have been slow in reading some books and nearly sending me in a reading slump. So this month I have chosen four books I want to read by the end of April. Of course I will hopefully get more than four books read before the end of the month, but now I don’t have a list to stick too I will have some freedom in choosing what books I can read. I have books that need to be read for reviews, and of course I will get them read and reviewed in time. Hopefully this will make me read more frequently, and maybe get me to read more book as well.

The books I plan on reading in April are-

A Court of Thorns and Roses by Sarah J Maas 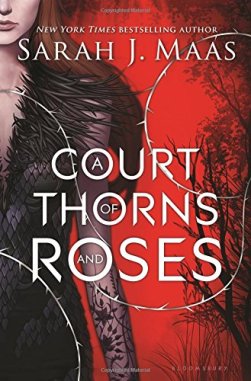 When nineteen-year-old huntress Feyre kills a wolf in the woods, a beast-like creature arrives to demand retribution for it. Dragged to a treacherous magical land she only knows about from legends, Feyre discovers that her captor is not an animal, but Tamlin–one of the lethal, immortal faeries who once ruled their world. As she dwells on his estate, her feelings for Tamlin transform from icy hostility into a fiery passion that burns through every lie and warning she’s been told about the beautiful, dangerous world of the Fae. But an ancient, wicked shadow over the faerie lands is growing, and Feyre must find a way to stop it . . . or doom Tamlin–and his world–forever.

I first read A Court of Thorns and Roses last year just before the sequel was released. I had read some of the books of the Throne of Glass series, and I liked them but I wasn’t in love with the series like I expected to be. So I was expecting the same from this series, but I was so wrong. As soon as I started reading this book I fell in love with the world and its characters, and I got through this book pretty quickly. I am re-reading the first two books in this series to refresh my mind before starting the new book when its released in May.

A Court of Mist and Fury by Sarah J Maas 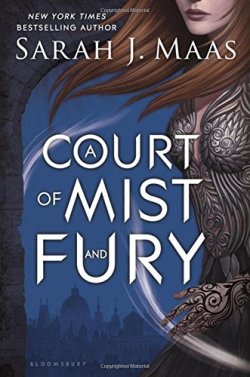 Feyre survived Amarantha’s clutches to return to the Spring Court–but at a steep cost. Though she now has the powers of the High Fae, her heart remains human, and it can’t forget the terrible deeds she performed to save Tamlin’s people. Nor has Feyre forgotten her bargain with Rhysand, High Lord of the feared Night Court. As Feyre navigates its dark web of politics, passion, and dazzling power, a greater evil looms–and she might be key to stopping it. But only if she can harness her harrowing gifts, heal her fractured soul, and decide how she wishes to shape her future–and the future of a world cleaved in two.

I am looking forward to re-reading A Court of Mist and Fury again because I absolutely adored this book the first time. Everything about this book is amazing and I cant wait to get drawn back into this fantastic world, ready for when I read A Court of Wings and Ruin next month. The only worry I have by re-reading this is that I might not enjoy it more the second time round. I am hoping I am wrong, but I have had other experiences before where I loved the book the first time I read it, then didn’t like it as much when I read it for a second time.

The Mime Order by Samantha Shannon 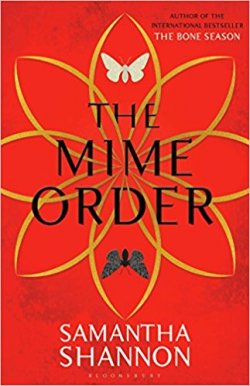 It is a dark time for clairvoyants. Scion is in league with the Rephaim, an extraordinarily powerful, otherworldly race that intends to make humans its slaves. In an unprecedented feat of bravery, Paige Mahoney has succeeded in leading a mass break-out from the brutal camp, Sheol I, where she and other clairvoyants were systematically imprisoned. Paige is desperate to reach the safety of the London underworld, but the ruthless leader of the Rephaim, Nashira Sargas, is not likely to let her escape so easily.

I finished The Bone Season a couple of weeks ago and while the story is still fresh in my mind, I want to read the next two books in the series. I am glad that I have the next book in the series ready to read because I heard that this book ends on a massive cliff-hanger.

The Song Rising by Samantha Shannon

Following a bloody battle against foes on every side, Paige Mahoney has risen to the dangerous position of Underqueen, ruling over London’s criminal population. But, having turned her back on Jaxon Hall and with vengeful enemies still at large, the task of stabilising the fractured underworld has never seemed so challenging. Little does Paige know that her reign may be cut short by the introduction of Senshield, a deadly technology that spells doom for the clairvoyant community and the world as they know it.

I have no idea on what to expect from this book, but quite a few spoiler free reviews I have read have said that it is a great read, so cannot wait to start this book once I have finished reading The Mime Order. I am really intrigued by this world and the characters and I think this could become one of my favourite book series. It is just going to be a little difficult waiting a whole year until I can read more about this world again.

What do you plan on reading in April?