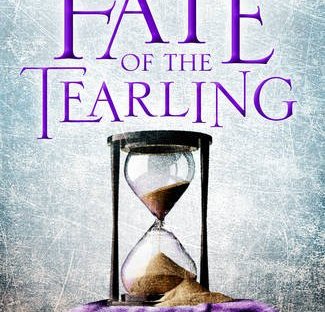 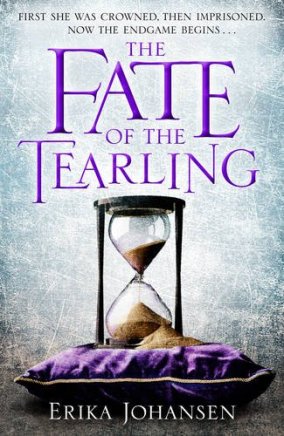 In less than a year, Kelsea Glynn has transformed from a gawky teenager into a powerful monarch.

As she has come into her own as the Queen of the Tearling, the headstrong, visionary leader has also transformed her realm. In her quest to end corruption and restore justice, she has made many enemies – including the evil Red Queen, her fiercest rival, who has set her armies against the Tear.

To protect her people from a devastating invasion, Kelsea did the unthinkable – she surrendered herself and her magical sapphires to her enemy, and named the Mace, the trusted head of her personal guards, Regent in her place. But the Mace will not rest until he and his men rescue their sovereign from her prison in Mortmesne.

With this being the third book in the series there will be spoilers from the first two books in my review below.

After the events that happened at the end of the second book, I couldn’t wait to start this and read what was going to happen. With Queen Kelsea sacrificing herself to the Red Queen as well as giving up her magical sapphires, I was really excited to see where the story was going to go. Any predictions I had about this book were completely wrong, I got nothing right and was miles off from what actually happened in the plot.

I have to admit that the beginning of the book did drag and it did dampen my excitement a little to read. I don’t think it was boring, but I think I just hyped it up too much before reading that it was never going to meet my expectations. After the first 100 pages or so I did get back into the swing of the story and it didn’t take me long to finish the entire book. So if you are struggling reading the first part of the book, don’t stop, just carry on because it does get better.

One thing I liked about this book was the flashbacks and the different POVs of characters from beginning of the Tearling world. Reading the first two book, the history of the Tearling is always playing in the back of your mind because you want to know more about it, and in this book you do actually learn about the first few years of the Tearling Kingdom.

Erika Johansen does another brilliant jobs with the characters in this book, you really connect and care for them. Kelsea even though she is captured by the Red Queen, doesn’t give up and she continues to believe and fight for her Kingdom. I think this book shows Kelsea at her best, because you see how determined, clever  and caring she is and I would love to have a Queen or leader like her in real life.

While reading The Fate of the Tearling I found that some questions I had in the first two books were slowly being answered and by the end of the book I had most of answers and I was satisfied. I suppose there were some answers that could have had a bit more explanation, but on the whole I think that if you are looking for answers from the first two books, then this book will answer them.

I’m not going to spoil what happens at the end of the book apart from I liked it. The ending did tie up and finish all the different stories within the three books and I think most of the characters got an ending. I was shocked and a little sad at how it ended but happy never the less.

I will miss this world and it characters. Even though I have only know about the Tearling kingdom about two years, I have really loved reading about it. Over the past two years I have compared other books to this series and nothing beats it. Erika Johansen’s writing and imagination has created such a unique and exciting world, that I’m a little sad to now finish it. I hope and wish that in the very near future Erika Johansen does write again about this world because I think its such an amazing and intriguing world, and not to write about it is a crime.

I did enjoy reading this book, but I think after the slowish start I will have to say that the other two books are a little better paced and they kept me glued to every page. With The Fate of the Tearling, with all the different POVs it did get a little bit overwhelming. Don’t get me wrong I enjoyed reading it, I just think that the first two books are slightly better. ﻿

I would definitely recommend this book and this series for anyone who loves a well written and crafted series. This series has a  fantasy, historical fiction and dystopian vibe about it and I think its what makes it such an enjoyable series because it has a mixture of genres. Even if you are not a fan of the above genres you should still give this series ago because Erika Johansen’s writing is beautiful and stunning.

My review for The Queen of the Tearling (Book 1)

My review for The Invasion of the Tearling (Book 2)

***I was sent a copy of this book by the Publisher to review. Everything in this review is my own honest opinions.***

2 thoughts on “The Fate of the Tearling by Erika Johansen”