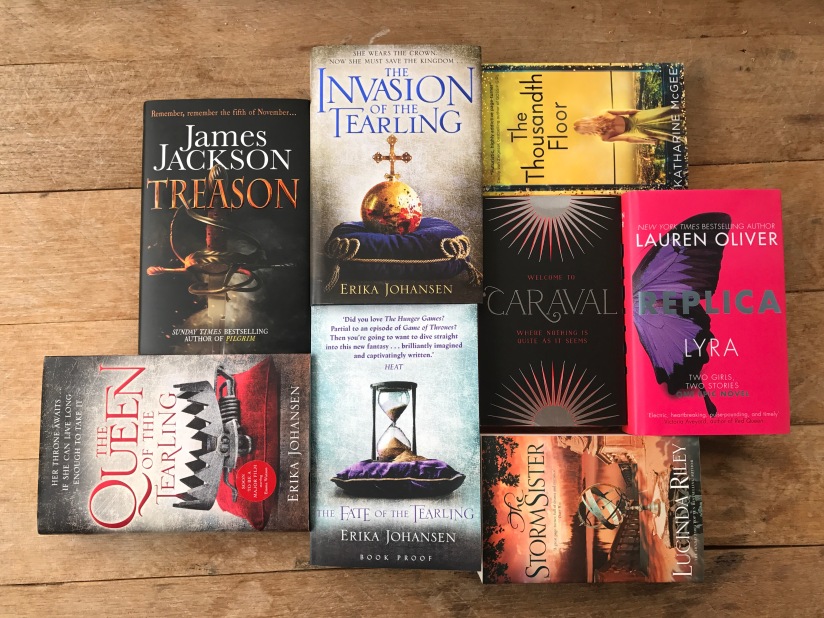 I think doing a TBR is the way forward for me because I seem to be reading more a month with one. This month I have decided to do a re-read of one of my favourite series and have included books that I want to read before the end of the year.

Behind the famous rhyme lies a murderous conspiracy that goes far beyond Guy Fawkes and his ill-fated Gunpowder Plot . . .In a desperate race against time, spy Christian Hardy must uncover a web of deceit that runs from the cock-fighting pits of Shoe Lane, to the tunnels beneath a bear-baiting arena in Southwark, and from the bad lands of Clerkenwell to a brutal firefight in The Globe theatre. But of the forces ranged against Hardy, all pale beside the renegade Spanish agent codenamed Realm

I thought this would be perfect to read around the 5th November. I love conspiracy plots, especially to do with the Gunpowder Plot.

The Queen of the Tearling by Erika Johansen 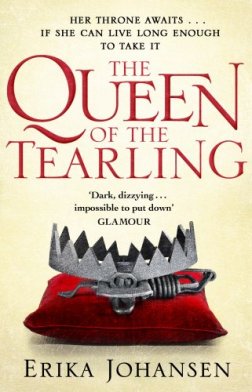 Kelsea Glynn is the sole heir to the throne of Tearling but has been raised in secret after her mother – a monarch as vain as she was foolish – was murdered for ruining her kingdom. For 18 years, the Tearling has been ruled by Kelsea’s uncle in the role of Regent however he is but the debauched puppet of the Red Queen, the sorceress-tyrant of neighbouring realm of Mortmesme. On Kelsea’s nineteenth birthday, the tattered remnants of her mother’s guard – each pledged to defend the queen to the death – arrive to bring this most un-regal young woman out of hiding… And so begins her journey back to her kingdom’s heart, to claim the throne, win the loyalty of her people, overturn her mother’s legacy and redeem the Tearling from the forces of corruption and dark magic that are threatening to destroy it. But Kelsea’s story is not just about her learning the true nature of her inheritance – it’s about a heroine who must learn to acknowledge and live with the realities of coming of age in all its insecurities and attractions, alongside the ethical dilemmas of ruling justly and fairly while simply trying to stay alive…

I started this series last year and I absolutely fell in love with it and I have been waiting for the third and final book in the series to be released. Now I have a copy I cant wait to do a re-read of the series and finally find out how it ends.

The Invasion of the Tearling by Erika Johansen

With each passing day, Kelsea Glynn is growing into her new responsibilities as Queen of the Tearling. By stopping the shipments of slaves to the neighbouring kingdom of Mortmesne, she crossed the Red Queen, a brutal ruler whose power derives from dark magic, who is sending her fearsome army into the Tearling to take what is hers. And nothing can stop the invasion.
But as the Mort army draws ever closer, Kelsea develops a mysterious connection to a time before the Crossing, and she finds herself relying on a strange and possibly dangerous ally: a woman named Lily, fighting for her life in a world where being female can feel like a crime. The fate of the Tearling – and that of Kelsea’s own soul – may rest with Lily and her story, but Kelsea may not have enough time to find out.

I have only read this book once so it will be nice to re-read it again to refresh my memory and also pick up on things that I missed the last time I read it.

The Fate of the Tearling by Erika Johansen 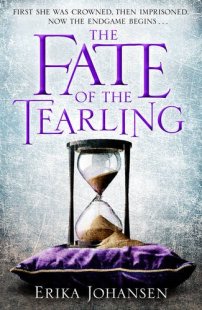 As she has come into her own as the Queen of the Tearling, the headstrong, visionary leader has also transformed her realm. In her quest to end corruption and restore justice, she has made many enemies – including the evil Red Queen, her fiercest rival, who has set her armies against the Tear. To protect her people from a devastating invasion, Kelsea did the unthinkable – she surrendered herself and her magical sapphires to her enemy, and named the Mace, the trusted head of her personal guards, Regent in her place. But the Mace will not rest until he and his men rescue their sovereign from her prison in Mortmesne. Now the endgame begins and the fate of Queen Kelsea – and the Tearling itself – will finally be revealed.

I’m so excited to see how this series ends. If you haven’t checked out this series you definitely should.

The Thousandth Floor by Katharine McGee

Welcome to Manhattan, 2118. A thousand-storey tower stretching into the sky. A glittering vision

of the future, where anything is possible – if you want it enough. A hundred years in the future, New York’s elite of the super-tower lie, backstab and betray each other to find their place at the top of the world. Everyone wants something… and everyone has something to lose. As the privileged inhabitants of the upper floors recklessly navigate the successes and pitfalls of the luxury life, forbidden desires are indulged and carefree lives teeter on the brink of catastrophe. Whilst lower-floor workers are tempted by a world – and unexpected romance – dangling just out of reach. And on the thousandth floor is Avery Fuller, the girl genetically designed to be perfect. The girl who seems to have it all – yet is tormented by the one thing she can never have. So when a young woman falls from the top of the supertower, her death is the culmination of a scandal that has ensnared the top-floor elite and bottom-floor. But who plummeted from the roof? And what dark secrets led to her fall? Friends will be betrayed and enemies forged as promises are broken. When you’re this high up, there’s nowhere to go but down…

The concept of this book has me really excited and I’ve heard some great things about it, so cant wait to get stuck in.

Welcome to Caraval, where nothing is quite what it seems.

Scarlett has never left the tiny isle of Trisda, pining from afar for the wonder of Caraval, a once-a-year week-long performance where the audience participates in the show. Caraval is Magic. Mystery. Adventure. And for Scarlett and her beloved sister Tella it represents freedom and an escape from their ruthless, abusive father. When the sisters’ long-awaited invitations to Caraval finally arrive, it seems their dreams have come true. But no sooner have they arrived than Tella vanishes, kidnapped by the show’s mastermind organiser, Legend. Scarlett has been told that everything that happens during Caraval is only an elaborate performance. But nonetheless she quickly becomes enmeshed in a dangerous game of love, magic and heartbreak. And real or not, she must find Tella before the game is over, and her sister disappears forever.

I’m really excited to read this book because everyone who has read it has said its brilliant.

Turn REPLICA one way and read Lyra’s story; turn the book over and upside down and read Gemma’s story! Lyra’s story begins in the Haven Institute, a building tucked away on a private island off the coast of Florida that from a distance looks serene and even beautiful. But up close the locked doors, military guards, and biohazard suits tell a different story. In truth, Haven is a clandestine research facility where thousands of replicas, or human models, are born, raised, and observed. When a surprise attack is launched on Haven, two of its young experimental subjects – Lyra, aka number 24, and the boy known only as 72 – manage to escape. Gemma has been in and out of hospitals for as long as she can remember. A lonely teen, her life is circumscribed by home, school, and her best friend, April. But after she is nearly abducted by a stranger claiming to know her, Gemma starts to investigate her family’s past and discovers her father’s mysterious connection to the secretive Haven Institute. Hungry for answers, she travels to Florida, only to stumble upon two replicas and a completely new set of questions.

Replica sound as if its going to be an interesting read because you can either read each of the girls separately or you can read a chapter of Gemma and then a chapter or Lyra. The sound sounds really exciting also.

The Storm Sister by Lucinda Riley

Ally D’Aplièse is about to compete in one of the world’s most perilous yacht races, when she hears the news of her adoptive father’s sudden, mysterious death. Rushing back to meet her five sisters at their family home, she discovers that her father – an elusive billionaire affectionately known to his daughters as Pa Salt – has left each of them a tantalising clue to their true heritage. Ally has also recently embarked on a deeply passionate love affair that will change her destiny forever. But with her life now turned upside down, Ally decides to leave the open seas and follow the trail that her father left her, which leads her to the icy beauty of Norway . . . There, Ally begins to discover her roots – and how her story is inextricably bound to that of a young unknown singer, Anna Landvik, who lived there over a hundred years before, and sang in the first performance of Grieg’s iconic music set to Ibsen’s play ‘Peer Gynt’. As Ally learns more about Anna, she also begins to question who her father, Pa Salt, really was. And why is the seventh sister missing?

I absolutely loved the first book in this series and have been waiting a while to start this. I love everything about this series, but one thing I love is that there is  both a present and a past storyline that link up in the end.

What are you planning to read in the month of November?