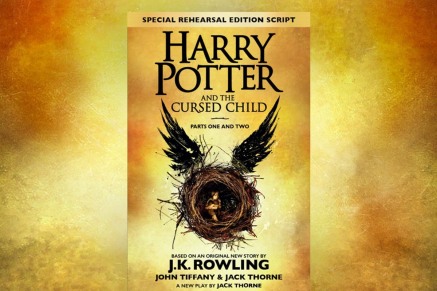 To begin with I just want to say that this review will not contain any spoilers about the book, I may choose to do a spoiler review some other time but this one contains no spoilers at all.

I managed to read it in under one day which isn’t difficult because it is only just under 350 pages. After buying it at midnight I did want to stay up all night and finish it, but I only managed about 30 pages before I had to put it down and start fresh headed in the morning. I’m glad I did because if I binge read it all in that night I think I would of been disappointed it was over so quickly. I did manage to space out my reading times throughout the day so it seemed like the book lasted longer.

I’ve heard people say that they were disappointed by the plot of the script and it felt very fan fiction, all I can say is that I really enjoyed it. I have to admit that I have never read any Harry Potter fan fiction so I cant compare it with the script. As I was reading through the script there were parts that really surprised me and I could feel myself grinning most of the way through reading it. It was great diving back into Harry’s world and seeing what everyone was up to and how they managed to get on with their lives after Voldermort. I could not have guessed anything that happened because it was completely unexpected, but a good unexpected. Everything that happened I enjoyed and found it all very engaging and thrilling.

The only problem I did have was with the way some of the characters behaved, it just did not feel like they would act in that way if J.K Rowling wrote the script on her own. There is one bit of the script where a main character acts completely out of character and that did shock and jar be a little because I knew that they would never be like that, it was a complete change of character. Then there were characters that I thought were underused or not used at all. I don’t know if that’s because I was in the middle of re-reading the series and I wanted to know what happened to them nineteen years on, but I felt we needed more interaction with the older generation of characters. But I can over look all this because the friendship that blossoms throughout the script is brilliant. Whenever these two characters interacted it was a pleasure to read and I really wanted to have a longer script so we could read about it more.

Before reading the script I thought I would have a problem with the way it was going to be written, with it being in script form. After a few pages where it does feel weird, I really enjoyed it. The script format does make reading a lot faster because all you have to read is the dialogue and a few directions and side notes but that does not mean you can not picture what is happening. The way in which the plot went its very easy to visualise was happening even though you had no description of locations or scenery. If you have never read anything in script form before I would definitely recommend this book as a starting point. I think I will be on the lookout for more books formatted as a script in the future.

Overall I have to say that if you are a little put off about the plot in the script ruining the ending of the series for you then perhaps you shouldn’t read this book. Yes I think that this would of been an amazing book if it was an actual novel written by J.K Rowling, but if you are really missing Harry Potter and want to experience the world and the excitement again then you should pick up the Cursed Child. When I do re-reads of the series I will be including the Cursed Child because I think that this was a great continuation. Plus with it being hinted that this is the last we are gong to read of Harry Potter, how could you not want to read Cursed Child? After reading the script I can not wait to see the play next year and experience it all over again.