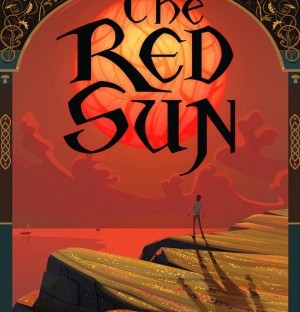 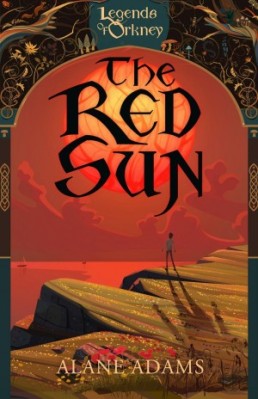 After reading the blurb for this series I was intregured because I’ve never read anything to do with Norse Mythology and it was likened to the Percy Jackosn series, which is always a plus. After reading the first book I can honestly say this is going to be an exciting series.

The Red Son is about a 12 year old boy called Sam who finds out that his father is the son of the God Odin, and his mother is a witch. For Sam this feels all make-believe until he is transported into the world of Orkney, where a Red Sun is poising its people. There is so much more to this book, but I don’t want to spoil it for any of you.

First off this book is full of action from beginning to end. I was surprised at how much action there was in the book and how early on it started. Some of the action scenes had me holding my breathe and bought me to the edge of my seat. As well as full of action this book is full of fun facts and details about Norse mythology. I knew next to nothing about the Norse Gods before I started this book, but now I’ve finished I feel like I’ve learnt quite a bit.

Alane Adams’ writing is brilliant and perfect for an aged reader. This is billed as a middle grade novel but even at the age of 26 I was intrigued and entertained. When Sam gets transported into Orkney, Alane does a great job in bringing the world to life which is full of detail. The way Alane also describes the magic scenes in the book makes it exciting and really fun to read. Alane also manages to weave different Norse facts within the book without over loading you with to much information at once.

I really did enjoy this book and I can not wait to read the squeal, where I am hoping that Sam has more action packed adventures. Also with the way The Red Sun ended, you will want to definitely pick up the squeal straight away. I would recommend this book to anyone who loves a book full of Norse mythology and filled with adventure, tension and brilliant characters.

***I was sent a copy of this book by the author to review. Everything in this review is my own honest opinions.***

1 thought on “The Red Sun by Alane Adams”